The volcano, Mount Teide or Pico de Teide, is one of the greatest attractions in Tenerife. It is situated in Canadas del Teide National Park, almost in the central part of Tenerife.

With its 3,718 metres above sea level, Teide is the world’s third highest volcano on a volcanic island and, at the same time, the highest mountain in Spain.

Even from a distance, Teide is breathtaking and the same goes for the nature surrounding it. The large, barren plains, the flora and fauna – all very special. So special that Teide has been listed by UNESCO as a world heritage site since 2007 and was also included on the list of the twelve treasures of Spain that year. 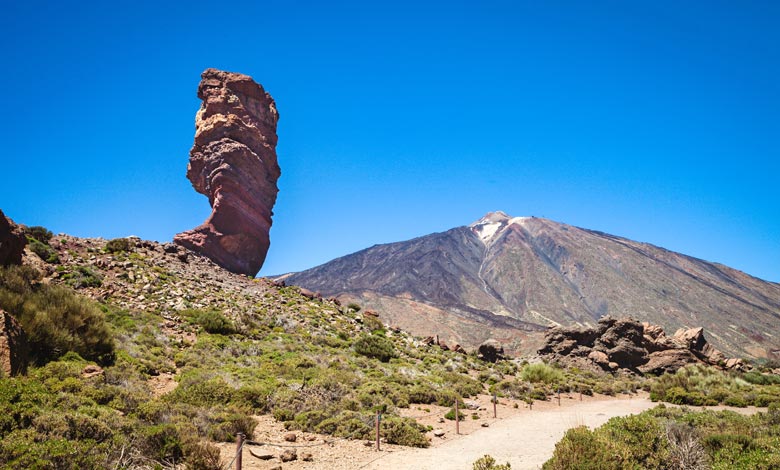 It is claimed that Teide’s last eruption occurred in 1909, but that is not quite true. It was actually the volcano, El Chinyero, which is located west of Teide itself, which had an eruption for 10 days.

It is possible to reach Teide by public bus from Puerto de la Cruz and Playa de las Americas. However, most visitors arrive as part of an organised tour or by rented car. The road ends at the foot of the volcano, 2,356 metres above sea level. From here, the Teleférico cable car will take you up to 3,555 metres. The last few hundred metres must be ascended on foot, but this requires a special permit in advance.