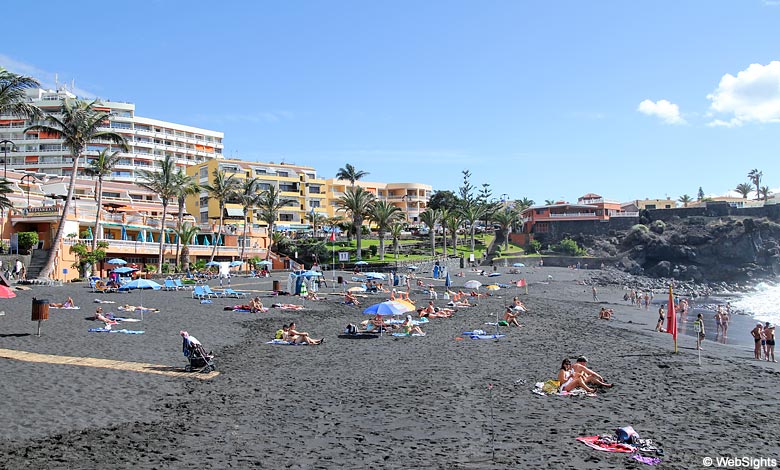 The beach has very fine-grained, dark lava sand, which is one of Tenerife’s characteristics. There is also a fine scene behind the beach where there are palm trees along the short sea front.

The water becomes deep relatively fast and depending on the wind direction, there may be waves. However, there is a lifeguard to protect the bathers.

It is possible to rent sun lounges and sunshades and there are also showers and toilets. The facilities, the clean water and eco-friendliness at the beach has resulted in the award of EU’s Blue Flag for several years in a row. 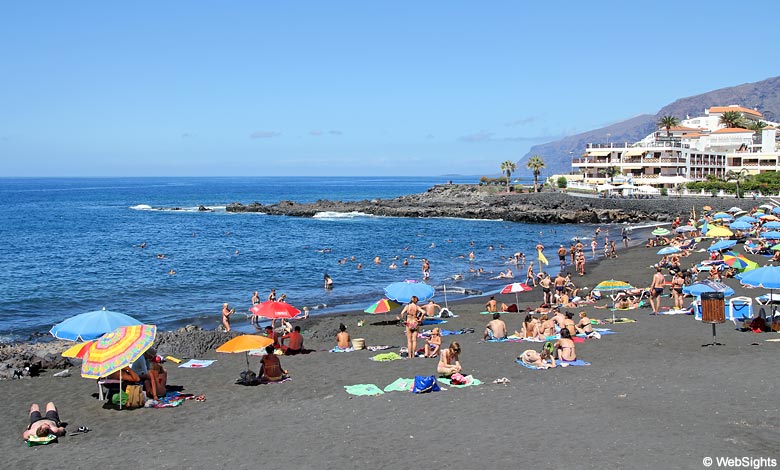 Child-friendliness
The water grows deep a little too fast for young children, but on days without waves, they can easily play alongside the water.

Water sports
During the high season, there are a few activities, such as windsurfing and diving.

Beach restaurants
There is a wide selection of restaurants, cafés and bars behind the beach. Here you will also find a variety of small shops.

Considering the size of Playa de la Arena, the town has many restaurants, cafés and bars. The nightlife is a bit livelier than in the neighbouring towns in the north, but also more relaxed than in Playa de las Americas.